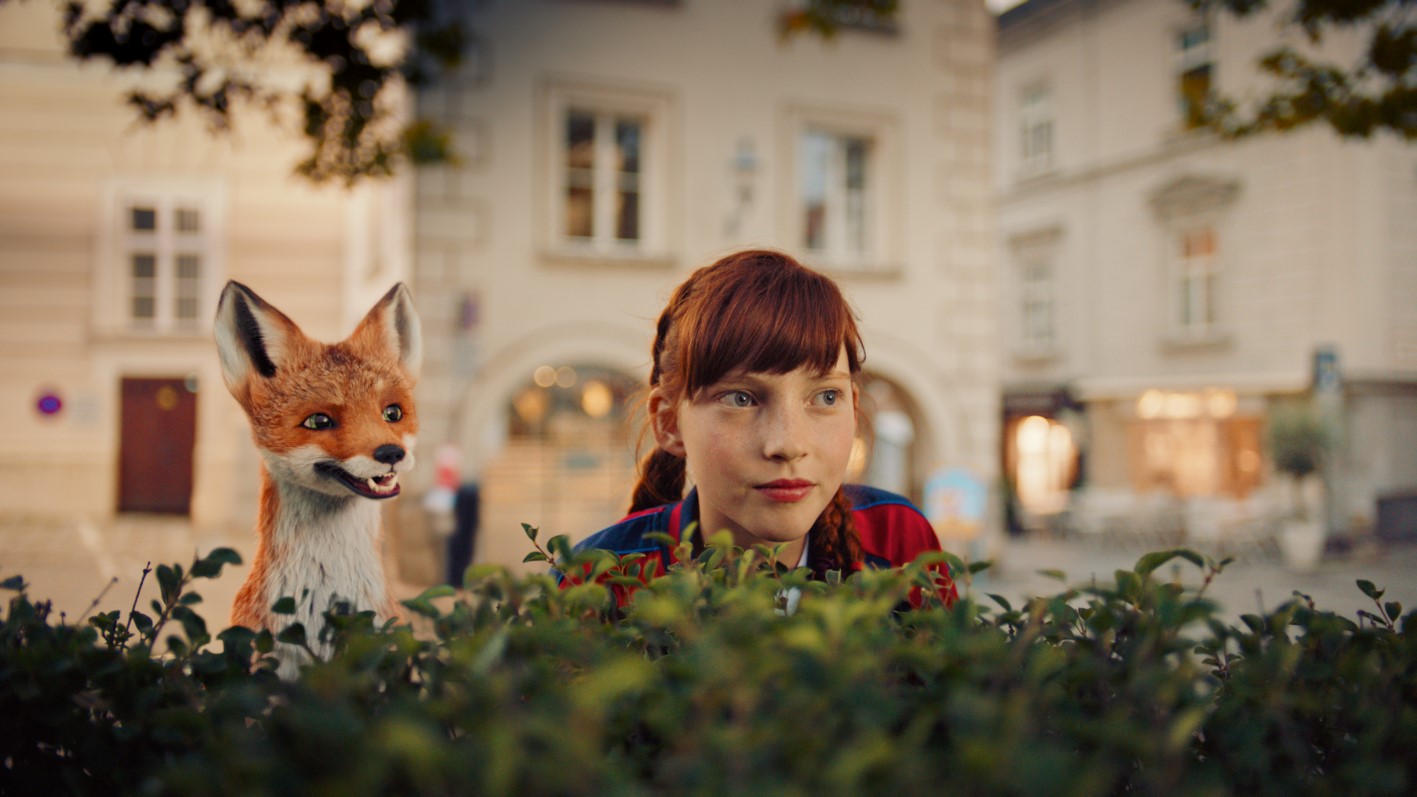 After a mostly digital programme in 2020, the festival’s return to venues includes Belfast’s UIster Museum, Odeon Cinemas and Queen’s Film Theatre. The Cinemagic’s streaming platform will play a significant part in screening the festival’s world cinema programme, with brand new titles for all ages to enjoy, and a catalogue of films released weekly.

A special premiere film screening of Armagh made short film ‘Rian’ comes to the Market Place Theatre, to celebrate the achievement of young filmmakers in a local skills development project supported by Armagh City, Banbridge and Craigavon Borough Council.

Odeon Cinemas will showcase a series of classics presented as Breakfast Screenings including a 50th Anniversary showing of Willy Wonka and The Chocolate Factory, The Goonies and a firm Cinemagic audience favourite, The Wizard of Oz.

The Ulster Museum will host Workshops and Q&A’s featuring ‘Book to TV Programme Making’ with the creator of the JoJo & Gran Gran characters, Laura Henry-Allain MBE. Other magical film highlights include Peter Pan Pyjama Party & Storytelling, The Good Dinosaur, James and The Giant Peach, The BFG, Dr Seuss inspired films, and a special early ‘Christmas’ themed movie that’s not to be missed, ‘Christmas at Cattle Hill’!

The festival is also looking for CineFocus and CineSeekers Juries, to become young film critics to review animation, drama, and documentary films in cinemas, and over 150 young filmmakers will be celebrated online during the Young Filmmaker Showcase on QFT Player and The Cinemagic Player. The Festival Player is home to the world cinema programme and audiences can browse a catalogue of films released weekly and streamed from the comfort of home. Cinemagic | Home

The Film Education programme presents opportunities for pre-school and primary to post-primary and third level students including in-school movie mornings, the NI Schools’ Animation Film Jury, The Film Report, and film classification with the BBFC. Cinemagic TV, the festival’s YouTube channel has free to access Halloween arts and crafts tutorials so families can get creative this autumn!

Joan Burney Keatings, Cinemagic CEO said “We are so excited to present this year’s Cinemagic Film Festival. After months of hard work amid a difficult landscape for everyone, we are proud to share an uplifting and inspiring programme and welcome people back to venues, as well as providing a host of online opportunities to reach diverse audience. As a leader in the field of youth film exhibition and engagement with the screen industry, we are providing a unique window to the world and celebrating stories from all walks of life. With continued support from our funders and partners Cinemagic can motivate young audiences, nurture skills, and develop tomorrow’s creative workforce. I encourage festival supporters and new audiences to get involved and try something new”

Deirdre Hargey MLA, Minister for Communities commented “Cinemagic has been an important part of our cultural landscape for decades and I am delighted to support this programme which, after a year of virtual events, can again offer an opportunity to appreciate the silver screen in all its glory. Access to the arts has many benefits, including improved wellbeing and inclusion, which are priorities for me as my Department works to improve the lives of our communities, and address the impacts of the past 18 months. Everyone should have the right to experience culture and its benefits, and, as always, Cinemagic has dedicated itself to making film accessible, with events designed to include new and diverse audiences and remove barriers to participation. This programme also offers young people opportunities to enhance their understanding of the lives of others both close to home and across the globe, which is a crucial part of building truly cohesive, inclusive communities. Our screen and creative industries are growing, and I hope that this programme will not only showcase local talent, but also help inspire and motivate our creative workforce of tomorrow.”

Lord Mayor of Belfast, Councillor Kate Nicholl added “Belfast City Council is delighted to continue its support for the award-winning Cinemagic Festival. Festivals play a key role in our 10-year cultural strategy for the city and it’s inspiring to see how the film and television industry – something this city is passionate about – can bring people together from all walks of life and engage an entire community. I particularly admire Cinemagic’s investment in our younger generation, which ties in with my own agenda of promoting the contribution of young people and getting their voices heard. After a challenging period, it’s great to see this festival back in some of our favourite venues too. Combined with this year’s virtual element, the organisers have come up with a fantastic hybrid programme that caters for all audiences.”