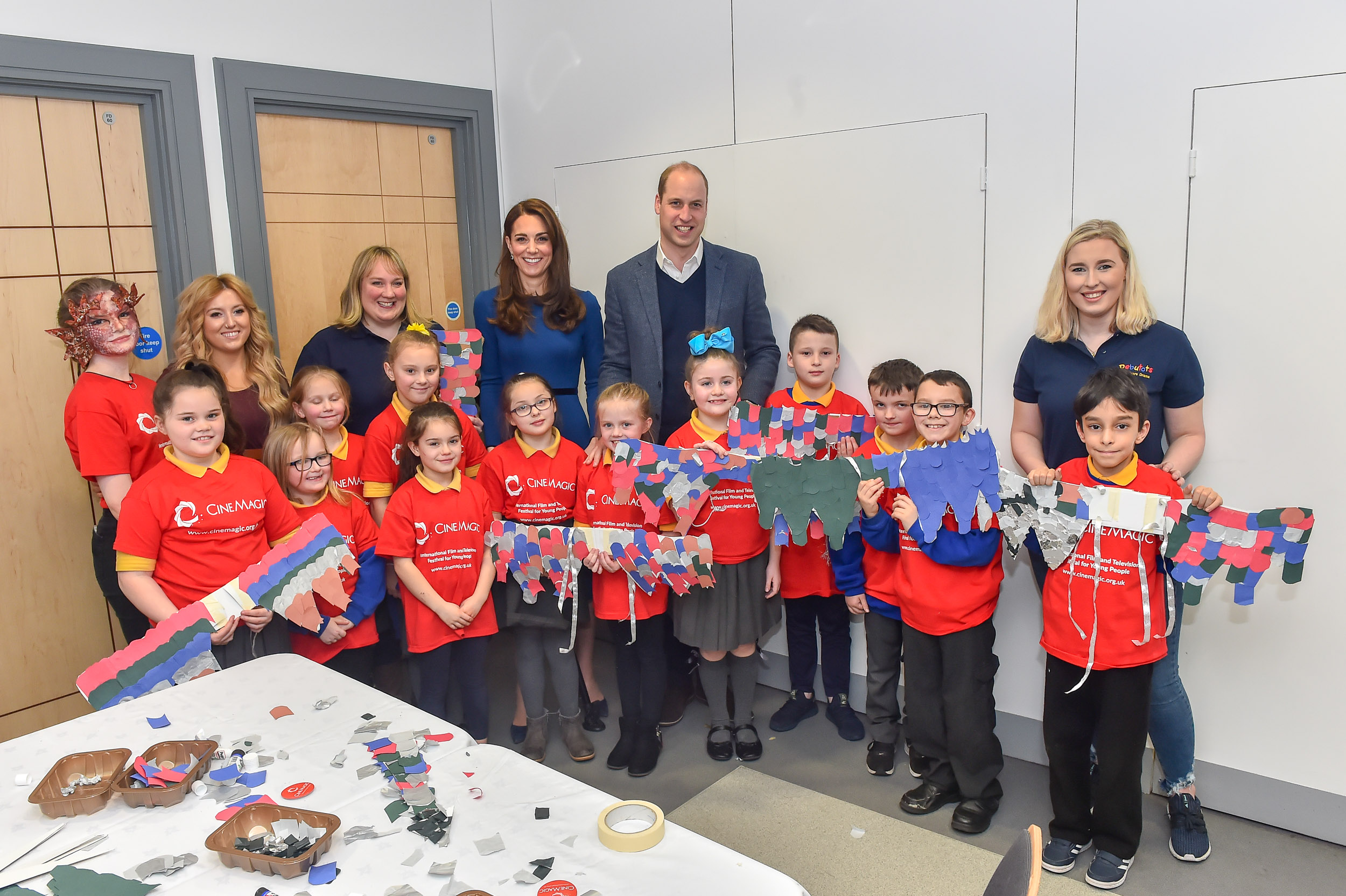 The Duke and Duchess of Cambridge visited Cinemagic at The Braid Arts Centre, Ballymena, as part of their visit to Northern Ireland on 28th February 2019 where they had the chance to enjoy and participate in a celebratory showcase of Cinemagic’s work. The Royal Couple enjoyed talking to the next generation of young creatives as they joined in on workshops in editing, camera work, and SFX make-up design before talking to young film programmers, award winning Cinemagic alumni, outreach participants and the cast & crew of Cinemagic’s second feature Grace and Goliath. The visit culminated with musical theatre and fantastic performance of ‘A Stone’s Throw’, a stage adaptation of one of Cinemagic’s short film productions. Cinemagic embraces the magic of film and television to educate, motivate and inspire young people and celebrates its 30th anniversary this year.