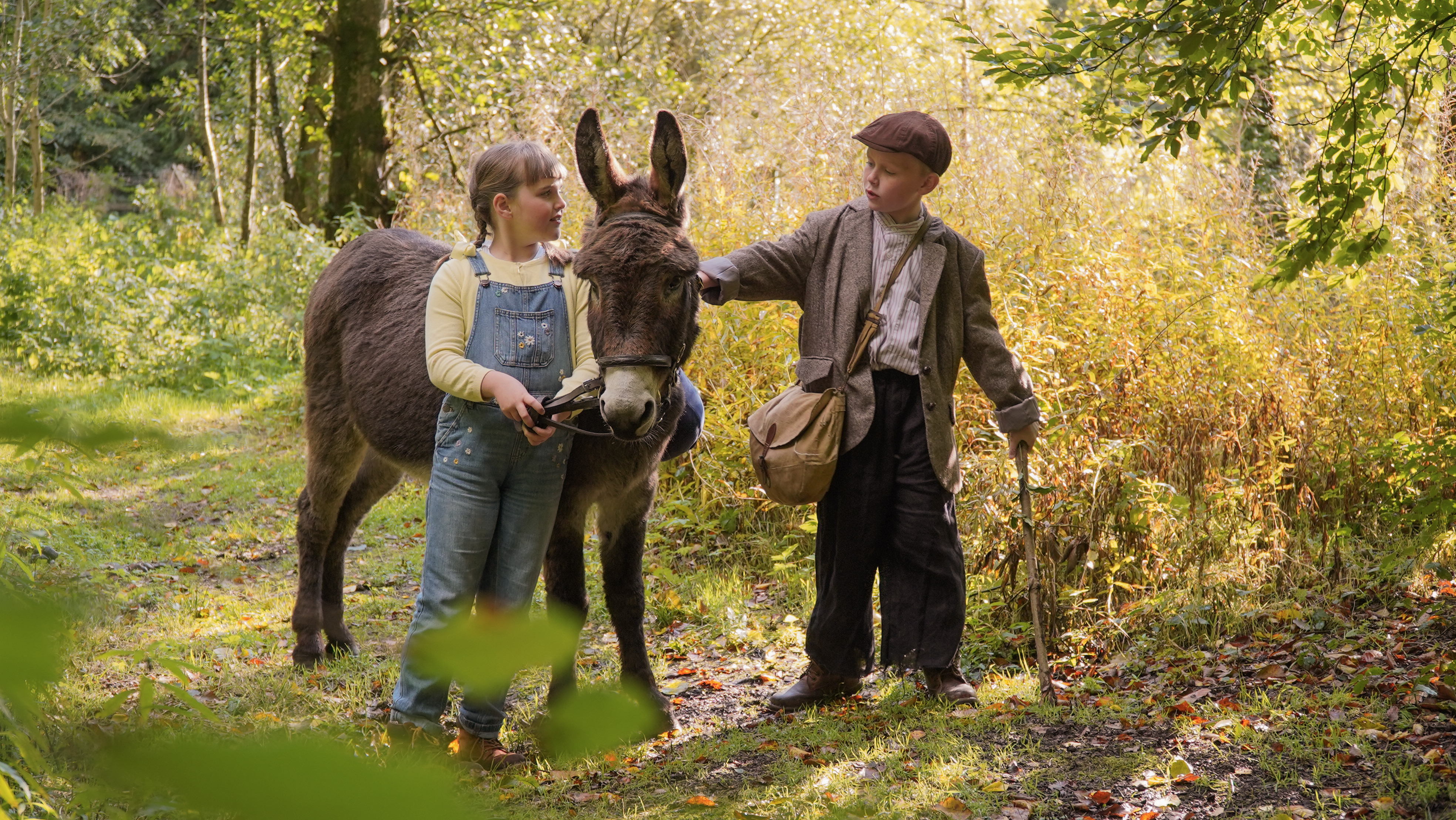 The screenplay by Ryan Rafferty and Keith O’Grady was developed for a unique community programme delivered by the award-winning youth film festival, Cinemagic, to give young people a skills development opportunity in the creative industries, to gain on-set experience and training, and network with other young filmmakers.

The project is funded by the PEACE IV programme, a cross-border initiative, financed through the European Union and managed by the Special EU Programmes Body (SEUPB). The programme has been designed to support peace and reconciliation in Northern Ireland and the Border Region of Ireland

This exciting initiative engaged 20 young people, aged 18-25, to form a trainee production crew working on all aspects of the filmmaking process from script to screen, and it features three local actors, Marty Maguire from Belfast, Jude Hill from Gilford and Savanna Burney Keatings from Moira. Ardal O’Hanlon lends his voice to one of the key characters in the film which is full of adventure and mystery.

A host of local crew members were involved in the Cinemagic film directed by Keith O’Grady, including its producer, Armagh-born Cinemagic Chief Executive Joan Burney Keatings, and Armagh screenwriter Ryan Rafferty. The film project equipped young people with film industry knowledge through online pre-production masterclasses and on-set skills development. This included masterclasses in directing, writing and producing.The project has culminated in a production that will charm audiences with its heart-warming story, whilst also showcasing young talent in front of and behind the camera.

Joan Burney Keatings MBE, Cinemagic Chief Executive commented “We are so proud to present the premiere of Rian in Armagh and with the fantastic support of Armagh City, Banbridge and Craigavon Borough Council we have been able to equip young filmmakers with knowledge and skills needed to carve out a career in filmmaking. We thoroughly enjoyed working with young talented and creative young people and we were thrilled to be able to offer them the opportunity to learn from industry professionals and earn a credit on a film. It is fantastic to see young people from all backgrounds come together and work on a common goal and illustrate what can be achieved working as a team on this innovative opportunity.”

Alderman Glenn Barr, Lord Mayor of Armagh City, Banbridge and Craigavon stated that the film production “offered a unique opportunity for young people from across communities in the borough to express themselves and their talents through the medium of film-making”.

He added that “this was another example of how the PEACE IV programme has opened opportunity for people to come together, learn with and from each other and develop friendships through a wide range of activities and events in sports, arts, culture and education”.

Vincent McCann, Programme Manager, The Market Place Theatre and Arts Centre said “The Home of St Patrick Festival was delighted to work in partnership with Cinemagic on an exciting film project for young people from the ABC area. Filmmaking offers a unique, safe and accessible space for people to explore their stories and the stories of their communities. It is a space where the only limitation is your imagination!”

Tickets for the premiere are free of charge and available on a first come first served basis. To request tickets please email laura@cinemagic.org.uk

Match-funding for this project has been provided by the Executive Office in Northern Ireland and the Department of Rural and Community Development in Ireland. The project is supported through the Dialogue Programme within the Armagh City, Banbridge and Craigavon Borough Council’s PEACE IV Action Plan. The programme allows participants to engage with each other, to learn more about themselves and their perceptions, and to be challenged by the views and perceptions of others.

The Cinemagic Film Festival runs throughout October in venues and online and events can be booked at cinemagic.org.uk with a host of films, workshops, talks and masterclasses.