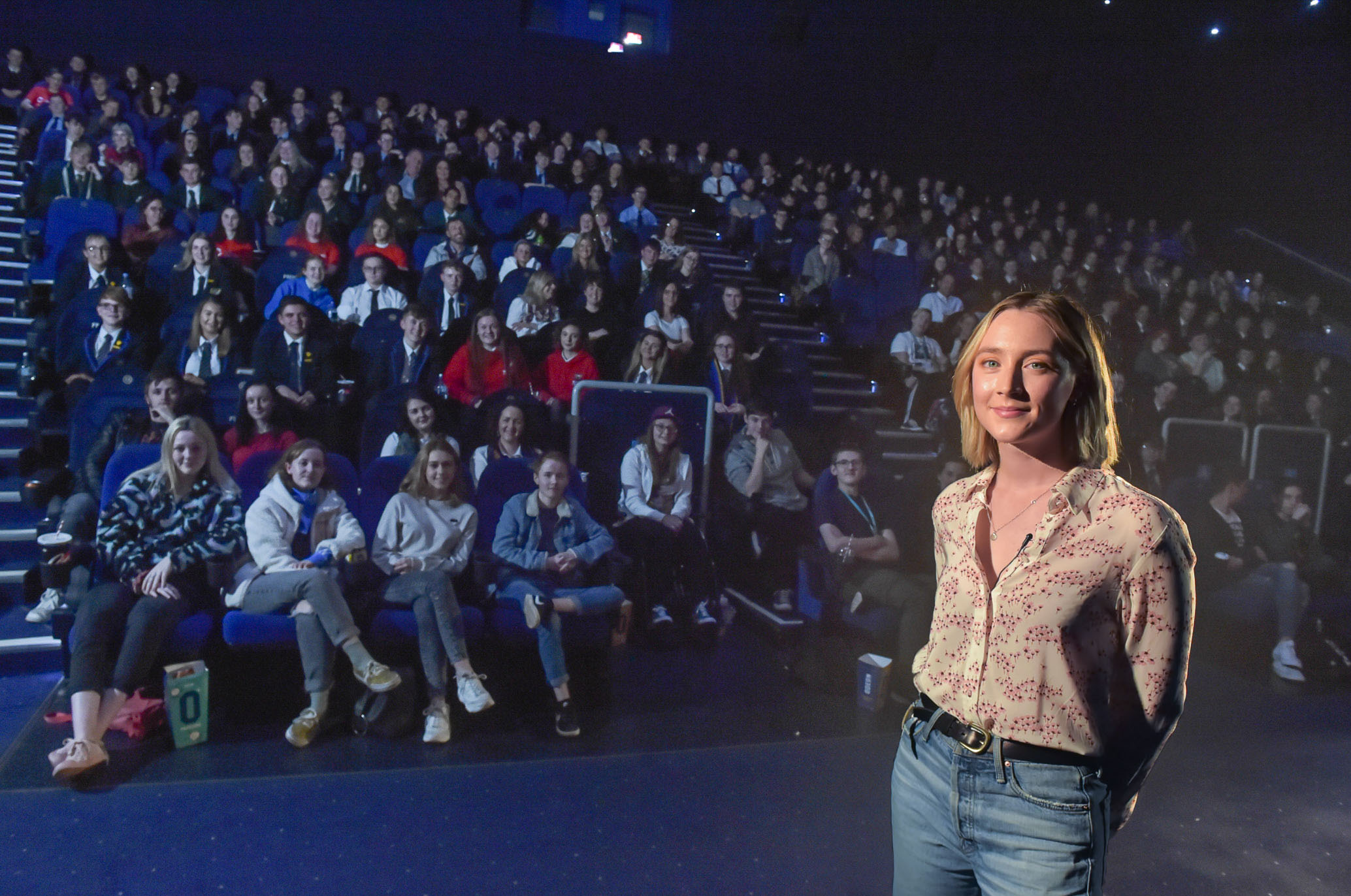 Saoirse Ronan and Saoirse-Monica Jackson join CINEMAGIC to celebrate Young Filmmakers and highlight the threat of piracy to the Industry.

Today the Industry Trust for IP Awareness Ireland, and Motion Picture Association (MPA) launches their latest #IMAKEMOVIES campaign, which  is being run in collaboration with Cinemagic Film and Television Festival for Young People, focuses on the next generation of filmmakers and creatives bringing great stories to global audiences, and the Talent that supports them throughout that journey.

#IMAKEMOVIES launched two pieces of video content online today featuring a number of young rising filmmakers who are already creating movies through opportunities Cinemagic, an award winning charity festival that embraces the magic of film, television and digital technologies to educate, motivate and inspire young people with festivals annually in Dublin and Belfast and USA.

To highlight both the opportunities and challenges that young filmmakers face, particularly the threat of piracy, very well-known Cinemagic patrons joined the campaign. Saoirse Ronan and Saoirse-Monica Jackson and Seamus McGarvey filmed their part of the video while they were hosting Q&As and workshops with Cinemagic at the 30th Anniversary Festival. There, they got to spend time with upcoming young filmmakers and to chat about their hopes and concerns. This campaign highlights how much passion and hard work the filmmakers have for their craft and the understanding of how piracy is a real and constant threat to their business.

The Industry Trust’s consumer education campaign continues to deliver this core message; inspiring audiences to choose the big screen experience and choose legal content when watching online. The campaign directs audiences to LOVEMOVIES.IE where they can learn more about the work of the Trust and working in the Film Industry.

Alison Crinion, Communications Director Irish Industry Trust said, ‘It has been a pleasure to work with Cinemagic on this #IMAKEMOVIES campaign. Piracy is a real threat to the growth of the Film Industry. The next generation of Industry professionals has illustrated with great honesty their passion for filmmaking and what the ongoing piracy challenge means to them in very real terms’.

Claire Shaw, Cinemagic, commented, ‘We were delighted to work in partnership with the Irish Industry Trust to support an extremely important campaign and to give young filmmakers a voice to express their thoughts and opinions about creating and protecting their work. We hope the video makes people stop and think, to realise how their actions can affect young people carving out a career in the film industry.’

Due to the impact of Covid-19, this July Cinemagic Dublin has moved online presenting an exciting month-long online programme of screenings, seminars, tutorials, and short film juries which young audiences can enjoy from home. Download Programme for Cinemagic 2020 Dublin Online Film Festival

Cinemagic is an award-winning, charitable film festival for young people that has, over the last 30 years, inspired and motivated young people through film and creative opportunities. Cinemagic annually delivers activity in Belfast, Dublin, London, New York, Boston and Los Angeles. In the last 5 years Cinemagic has produced two feature films, A Christmas Star and Grace and Goliath, and has produced over 100 short films. For over 30 years the organisation has led the way in using film exhibition and production as a vehicle to inspire and engage young people and it has provided a vital outlet for independent cinema. Through innovative programmes of exciting masterclasses, workshops, screenings, film education, filmmaking and unique insights to the industry that have led the way in engaging young people with film, the Cinemagic Festival strives to inspire and motivate a new generation of filmmakers and young creatives.

About The Irish Industry Trust for IP Awareness

About The Motion Picture Association

The Motion Picture Association (MPA) is the international trade association that serves as the voice and advocate of the major international producers and distributors of films, home entertainment and television programs across Europe, the United States and around the world.  The MPA is a subsidiary of the Motion Picture Association of America (MPAA), whose members are: Walt Disney Studios Motion Pictures, Netflix Inc., Paramount Pictures Corporation, Sony Pictures Entertainment Inc., Twentieth Century Fox Film Corporation, Universal City Studios LLC, and Warner Bros. Entertainment Inc.  For more information about the MPA, www.mpaeurope.org