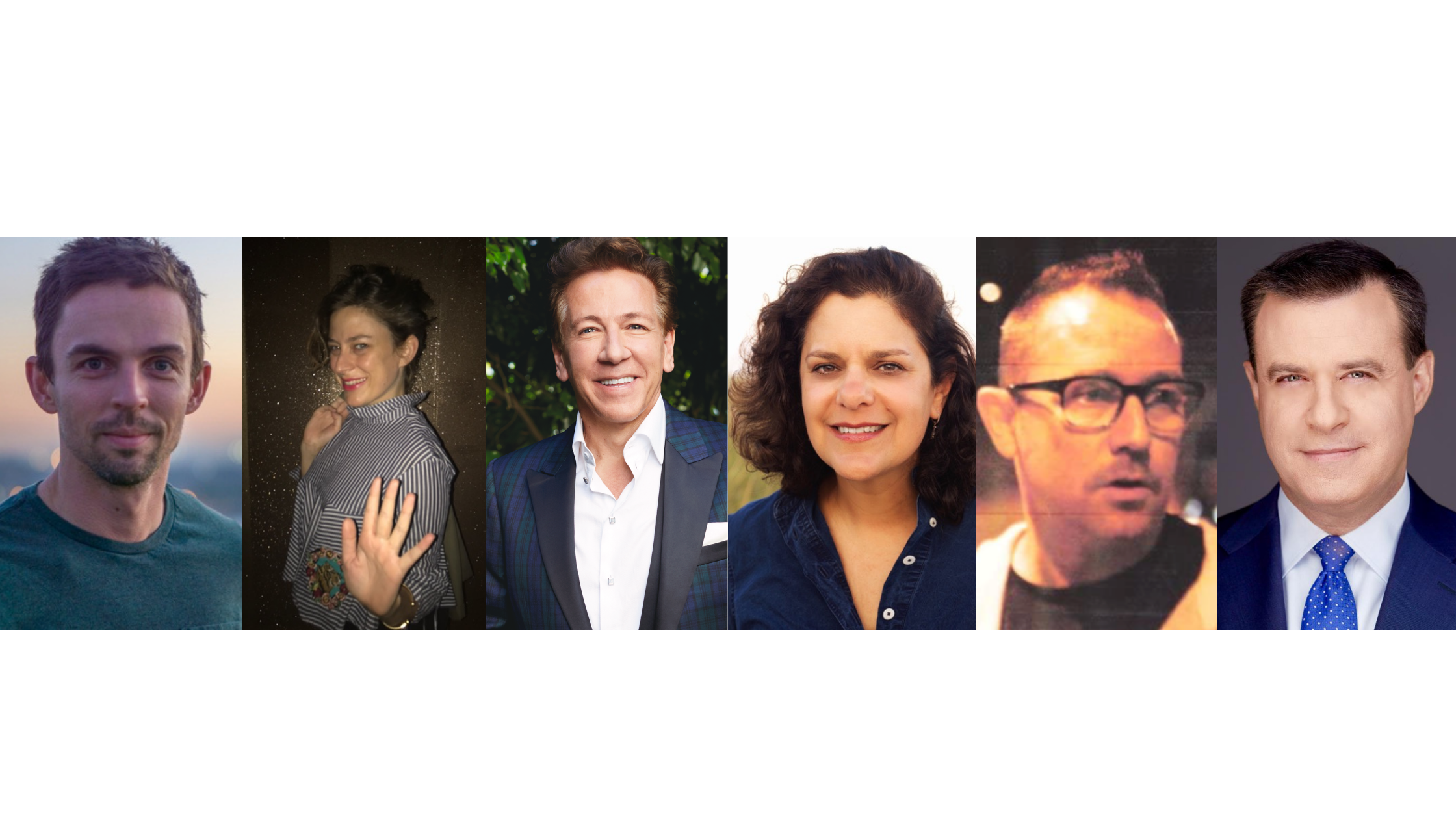 Cinemagic proudly presents these 2021 Los Angeles Online Masterclasses from Monday 14th June to Wednesday 16th June. The sessions are FREE of charge and will take place via Zoom. For any queries or to book a place on the masterclasses, please email Nathan@cinemagic.org.uk

News Presenting with David Shuster – Monday 14th June- 6pm GMT / 11am PST / 2pm EST
David Shuster is an Emmy award winning broadcast journalist who serves as anchor and managing editor for “Quick Hits News,” an on- demand digital broadcast network he co- founded in April 2020. Shuster is best known for his work at NBC News and MSNBC where he hosted his own news shows and served as the primary backup host for “Countdown with Keith Olbermann” and “Hardball with Chris Matthews. Shuster anchored the channel’s prime time coverage of breaking stories including politics, natural disasters, and the death of Michael Jackson.

Producing with Irene Fitzsimmons – Tuesday 15th June- 5pm GMT / 10am PST / 1pm EST
Born in California, Irene married her two interests of verbal and visual storytelling to build a career as a producer in New York. As a network producer Irene has had the pleasure to work on Emmy Award winning series such as RuPaul’s Drag Race, Martha and Snoop’s Potluck Dinner Party, as well as notable productions such as MTV’s VMAs and Nickelodeon’s Kids’ Choice Awards. Her combination of professionalism and a love of the medium has both won her a Clio, and premiered at Sundance.

Presenting with Ross King MBE – Tuesday 15th June- 6pm GMT / 11am PST / 2pm EST
Four time Emmy and Multi-Award winning, Los Angeles based Ross King MBE is one of Britain’s most vibrant and versatile performers, having worked stage, screen, TV and radio. In 2018 Ross received an MBE from Her Majesty The Queen for services to Broadcasting, the Arts and Charity. In 2020 Ross received the prestigious President’s Award from the LA BABC in recognition of his efforts and achievements on both sides of the Atlantic.

Producing with Sean Barney – Wednesday 16th June- 5pm GMT / 10am PST / 1pm EST
Sean Barney is a producer in advertising who first made his leap into documentary as associate producer on the film, Anvil! The Story of Anvil, which premiered at Sundance and went on to win Best Documentary at International Documentary Association, Film Independent Spirit Awards, Austin Film Critics Association, LA Film Festival, Sydney Film Festival among many others. produced over 150 TV commercials, music videos and other short form and long form pieces of narrative and documentary video content for brands and studios such as NBC Universal, Disney / ABC, Netflix, Marvel and CNN.

Directing with Jason Farrand – Wednesday 16th June- 6pm GMT / 11am PST / 2pm EST
Writer / Director Jason Farrand is a 20 veteran of the advertising industry having Directed award winning, memorable campaigns for such brands as Coca-Cola, Domino’s, Nintendo and Toshiba. Farrand is known as the co-writer, showrunner and director of the original TV series Head Case (Starz).