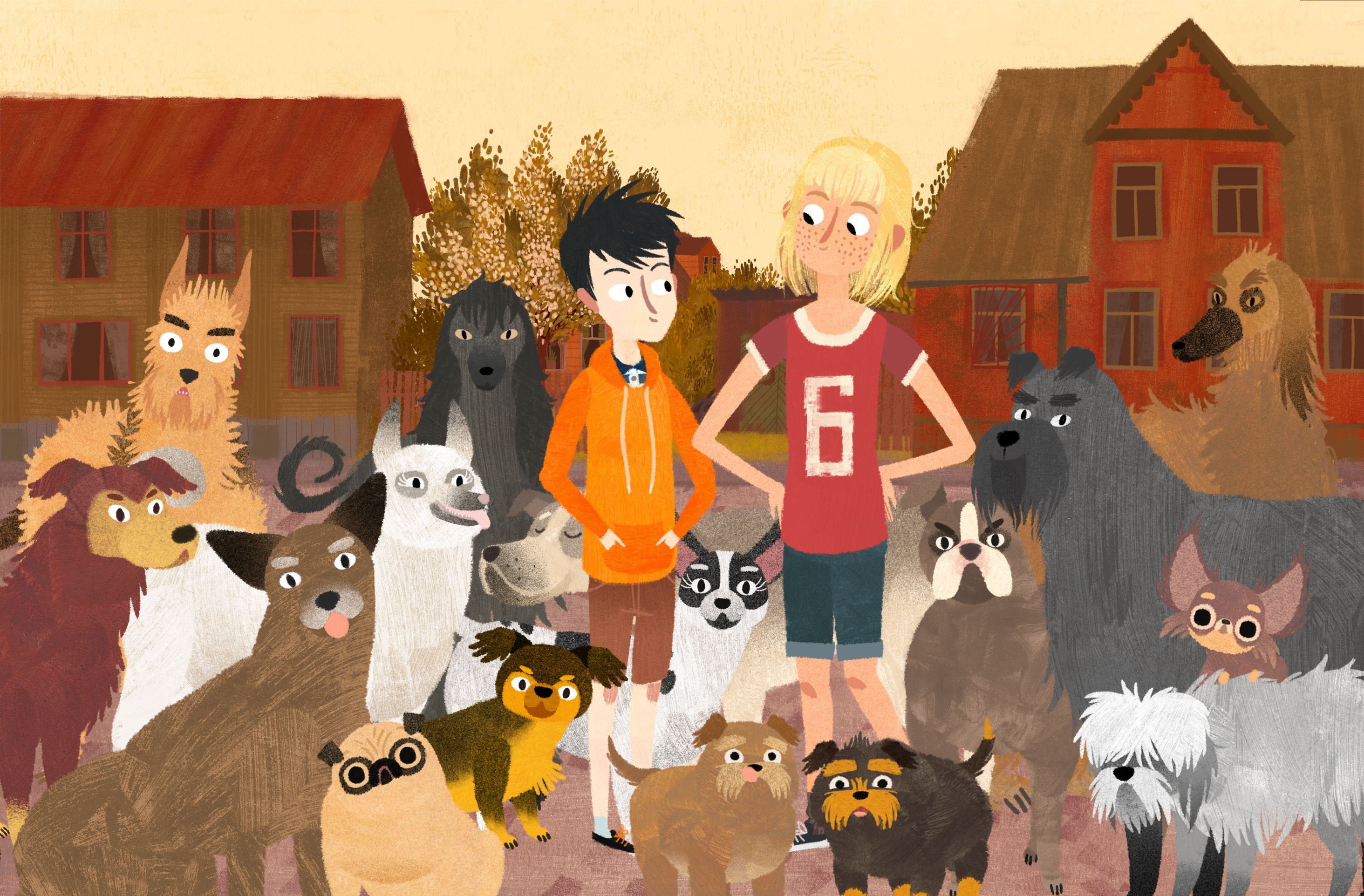 The 31st Cinemagic International Film Festival for Young People presents a month-long programme of unmissable online opportunities for families, schools, young adults and young filmmakers. A brand new streaming platform hosts a feast of world cinema for all ages to enjoy, with a catalogue of films released weekly, and available now to pre-book. Cinemagic Films Streaming 6th to 12th November

A Virtual Reality – It has been an extremely difficult year for the film exhibition sector due to the ongoing effects of COVID-19 and the uncertainty this has brought with it. As a result, the festival made the decision to move the majority of the 2020 programme online.

Joan Burney Keatings, Cinemagic CEO said “We are excited to present this year’s Virtual Cinemagic Film Festival. After months of hard work amid a difficult landscape for everyone, we are proud to share an uplifting and inspiring programme. As a leader in the field of youth film exhibition and engagement with the screen industry, we are providing a unique window to the world and celebrating diverse stories from all walks of life. With continued support from our funders and partners Cinemagic is able to motivate young audiences, nurture skills and develop tomorrow’s creative workforce. I encourage festival supporters and new audiences to get involved and try something new.”

Festival goers will have the chance to participate in an extensive range of online activities from viewing new World Cinema, to Industry masterclasses, a ‘Talking Pictures’ strand with screenings and filmmaker Q&As, Cinemagic Young Filmmaker and Film Jury panels for young film critics. The international programme of new feature films will be accessible from Cinemagic’s new digital streaming platform which presents 23 feature films and 7 short film packages throughout October. Click here for the trailer of the film programme!

QFT Player will house Altogether Now! an inclusive and accessible film strand supported by Film Hub NI part of the BFI Film Audience Network (FAN), exploring themes of disability, difference, belonging and inclusion. The programme will  include the creative work of both physically and learning-disabled filmmakers. To compliment the screening of one of the films Here/Not Here, the festival is hosting a free behind the scenes workshop that is not to be missed!

Cinemagic Young Filmmaker celebrates the creative work of Young Filmmakers, 25 and under, from across the UK and Ireland. After receiving a record number of entries in 2020 Cinemagic will showcase over 150 of the best shorts on QFT Player before announcing this years’ winning films during an online virtual awards ceremony on Cinemagic’s YouTube Channel Cinemagic TV.

HOME in partnership with Future Screens NI, is a compilation of shorts made by 12-25yr olds who benefited from Cinemagic mentoring in the summer and were tasked with creating films to share their experiences of life spent at home during lockdown. The shorts will feature filmmakers from Northern Ireland, USA and Canada.

The UK’s leading film critic Mark Kermode will present an online version of his annual Cinemagic Film ‘In Conversation’ event and the ‘Girls on Film’  Podcast – the all-female film review podcast hosted by top film journalist Anna Smith returns for a virtual edition in 2020.

The programme includes a number of exciting Q&As, talks and webinars with esteemed industry leaders. For children and families there are special events with BAFTA, illustrator and animation director Robin Shaw (The Tiger Who Came to Tea) and visual artist and children’s author Oliver Jeffers (Here We Are: Notes for Living on Planet Earth, Lost and Found). Cinemagic patrons Saoirse Ronan, Dermot O’Leary and Saoirse-Monica Jackson will also be taking part in virtual events to inspire and motivate young audiences. Northern Ireland broadcaster, producer and DJ David ‘Rigsy’ O’Reilly will be joining the Cinemagic line-up to discuss the creative process behind his forthcoming debut novel, ‘Lottie the Raven’ inspired by his passion for football and a lifelong love of books.

Career Crafts Workshops and tutorials for 18+ year olds will focus on Costume Design with Ros Little (Poldark, Horrible Histories, All Creatures Great and Small), Art Direction & Production Design with Nick Palmer (Fighting with My Family, The Hours, Eastern Promises, Mamma Mia!), Broadcast Journalism and Presenting with Holly Hamilton (BBC), ‘From Idea to Pitch’: Developing a Script Idea with BBC Writersroom and Broadcast News & War Reporting with John Irvine (ITV). The Maestro Sessions is a programme strand dedicated to film music and music composition. Participants can join online seminars with some of the industry’s best film and television composers including Debbie Wiseman OBE (Wolf Hall, Dickensian), John Powell (How to Train Your Dragon, Shrek) and John Lunn (Downton Abbey, Bleak House). Film Music and Directing will also come under the spotlight with a Q&A from Director Joe Dante (Gremlins).

Although the majority of the programme is online the festival is fully supportive and backing Film Hub NI’s #BackToCinemaNI campaign, aimed at encouraging audiences back to ‘The Big Screen’ cinema experience in a safe and informed way. Ten films will be screened in Belfast between Queen’s Film Theatre, ODEON and Strand Arts Centre. Highlights include a preview of new animation Elfkins: Baking a Difference and a preview of new family adventure Dino Dana: The Movie.

Communities Minister Carál Ní Chuilín said: “My Department is pleased to support Cinemagic as they launch their innovative 2020 festival. Film, in its many forms and genres, is a key form of cultural engagement in our society, and one of the most widely appreciated. I applaud the work that Cinemagic has done to ensure that the 2020 Festival Programme continues to be accessible to young people in these unprecedented circumstances. Cinemagic has a long history of encouraging festival-goers to experience and appreciate film more fully, and of helping our young people to use it to discover more about the world around us. I would urge festival goers to embrace that spirit this year. Take this opportunity to explore the art of film in a new way, learn more about how it is made and the messages it can deliver; and most importantly, enjoy the experience. As we continue to emerge from lockdown, engaging with our culture is hugely important for our wellbeing as a society. Let’s treat ourselves and our families to a little of the ‘magic’ of Cinemagic this autumn.”

The Lord Mayor of Belfast, Alderman Frank McCoubrey said: “Belfast City Council is delighted to continue its support for the fantastic work of Cinemagic, particularly at this challenging time for the sector. “We admire Cinemagic’s investment in young people and its mission to inspire young audiences from all backgrounds and provide so many opportunities for young people to appreciate and experience the film industry. This organisation is determined that audiences won’t miss out this year and have moved the majority of the impressive programme offering online – a creative response to the Covid-19 challenges. Our creative industries are thriving and the future looks promising with further growth and job creation anticipated. As we embark on our 10 year cultural strategy for the city, the work of Cinemagic and our creative industries is crucial in helping us to create a culturally vibrant city. And that ambition has even greater importance now as our cultural sector plays a key role in our recovery.”