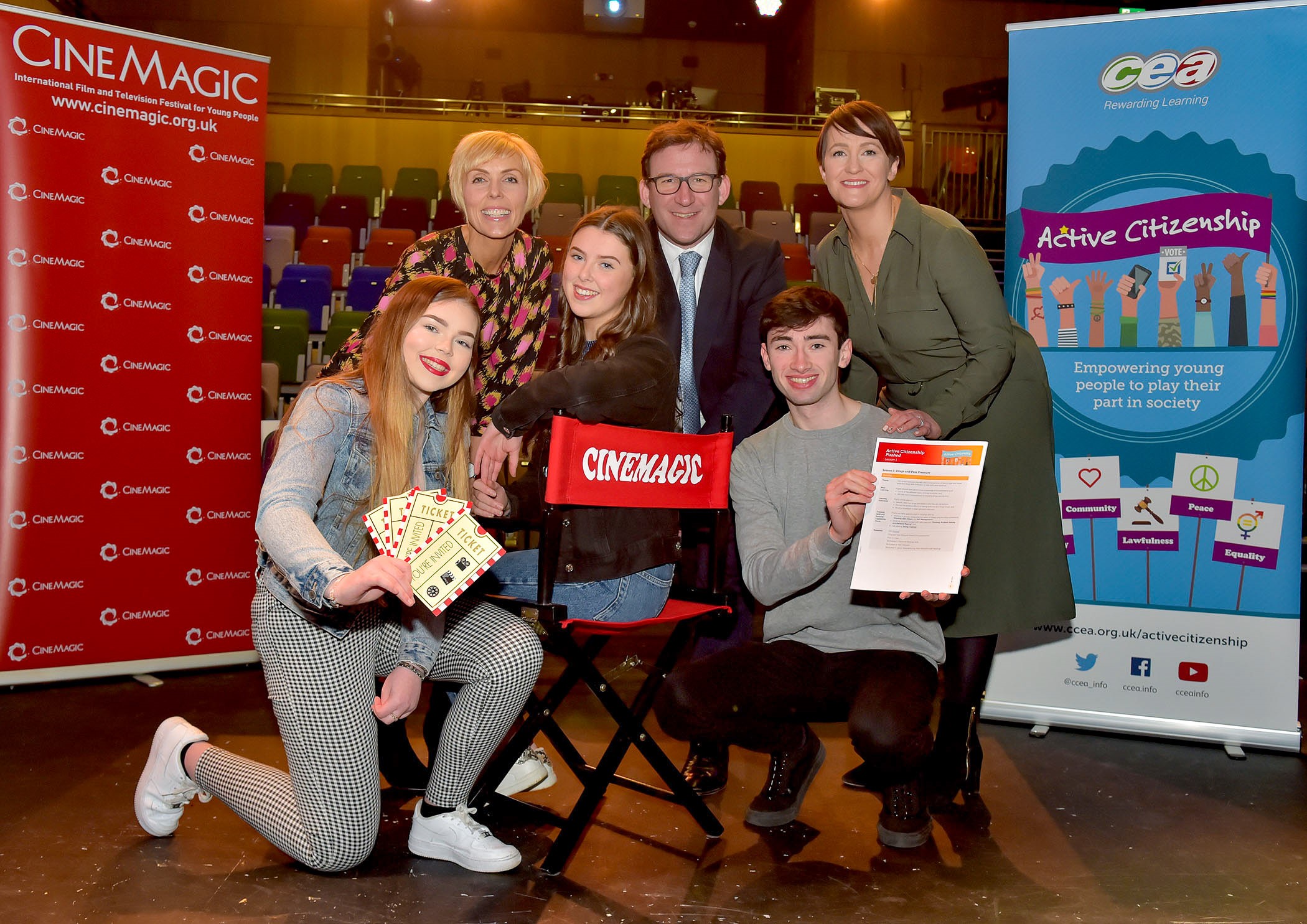 The Council for the Curriculum, Examinations and Assessment (CCEA) in collaboration with The Department of Justice and Cinemagic, has produced educational resources for teachers and young people, highlighting issues such as drug use, peer pressure and reporting crime in Northern Ireland.

Linking directly to the Local and Global Citizenship component of the NI Curriculum, the new suite of Active Citizenship Resources were launched at SPACE in Bangor, in front of over 100 learners from across 20 Northern Ireland post primary schools.

“CCEA has produced these resources in order to support teachers in the delivery of citizenship in schools and to promote the important role that lawfulness has to play in our communities and the wider society.”

The resources include Pushed, a short film produced by Cinemagic, which follows two female lead characters who are drawn into taking drugs and tackles issues such as the impact of breaking the law and justice. Laura McCurdy from Cinemagic commented:

“Cinemagic is proud to have provided the opportunity to facilitate the production of Pushed, from writer Maire Campbell, and in doing so contribute to skills development in the creative industries, as well as providing the vehicle in communicating a very important message that impacts on all sections of the community. Film creates active and memorable learning through stimulating debate and discussion and reaching out to young people in a meaningful manner”.

CCEA have produced resources to accompany Pushed which will include opportunities for teachers to explore themes in the film such as: the effects of law breaking on individuals and communities: reporting crime: peer pressure, and the effects of drugs and alcohol on young people and their wellbeing.