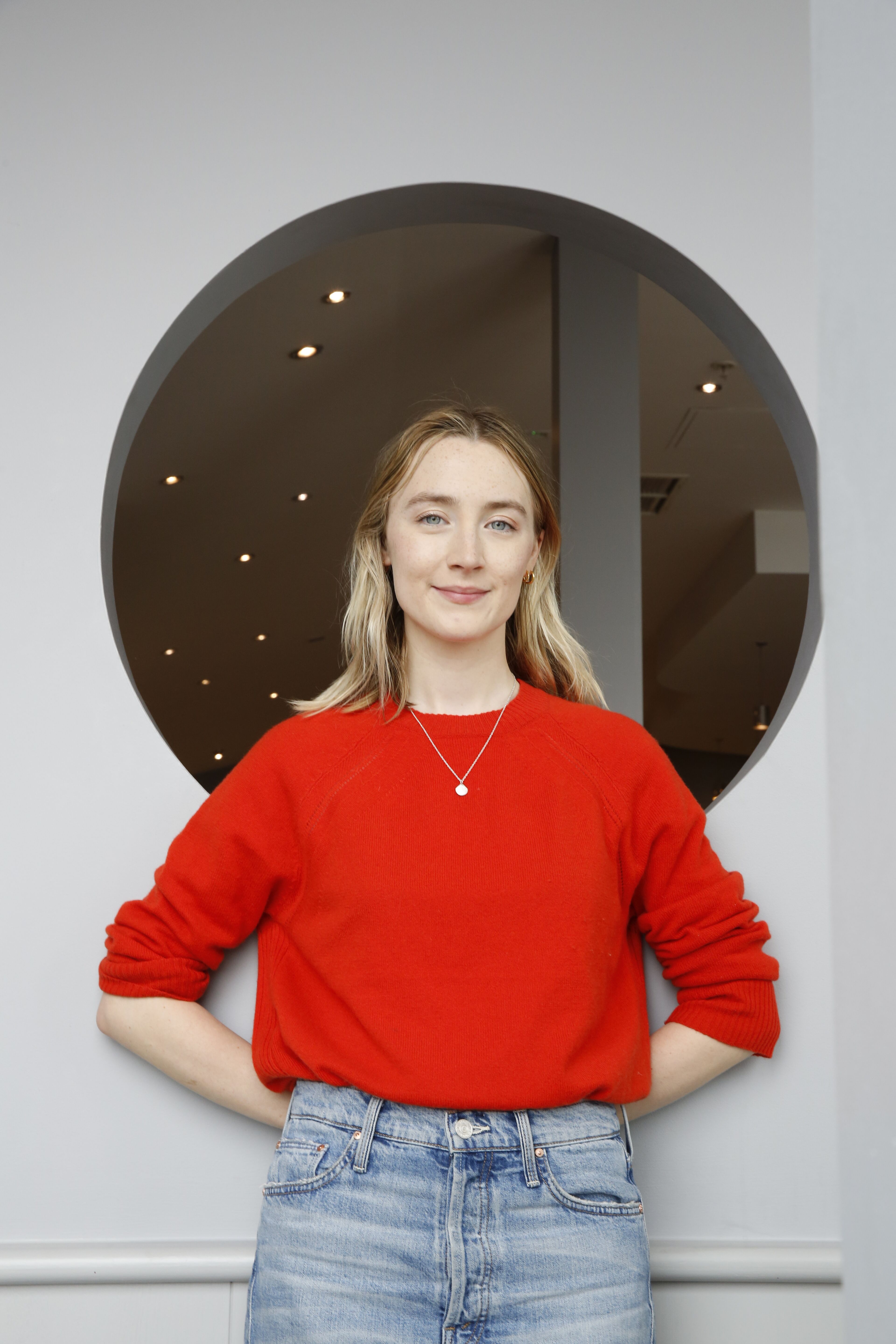 Festival goers will have the chance to participate in an extensive Film Education programme, industry masterclasses, a ‘Talking Pictures’ strand with screenings and filmmaker Q&As, the Cinemagic Young Filmmaker Weekend and Film Jury panels for young film critics.

The programme features over 100 public films and events, 30 industry workshops and masterclasses and 75 film education workshops. In the run-up to the festival Cinemagic welcomes acclaimed actor Tchéky Karyo, BBC’s BAPTISTE, to present two films at Queen’s Film Theatre, including the first film ever screened at Cinemagic, 30 years ago, VINCENT AND ME (21 Sept).

The Gala Opening will be marked with a special Northern Ireland preview of much-anticipated animation ABOMINABLE from Universal Pictures and DreamWorks on 6th October. This leads the way for a fantastic array of films including documentaries, shorts, and animations celebrating world cinema (1st October-3rd November). To download the 2019 Festival programme click here.

The film programme will officially close with an 80th anniversary screening of cinematic classic THE WIZARD OF OZ in Belfast Cathedral, on 30th October. This is screening as part of BFI Musicals! The Greatest Show on Screen, a UK-wide film season supported by National Lottery, BFI Film Audience Network and ICO.

Multi-award-winning Irish actress and Cinemagic patron Saoirse Ronan will host a Q&A for students following a screening of LADY BIRD and she will lead an evening panel event, ‘Conversations in Comedy’ in Odeon Cinemas (3rd October) on the role of ‘Women in Comedy’; other panel members include DERRY GIRLS’ Saoirse Monica Jackson and Eileen O’Higgins (MARY QUEEN OF SCOTS, BROOKLYN).

Downton Abbey Creator and Cinemagic patron Julian Fellowes commented “I am always struck with the commitment and passion of Northern Ireland’s young people and I encourage everyone to get behind the 30th Cinemagic Festival. This festival is in the business of building bridges in the community and crossing the natural divides of age, nationality, religion, you name it. In our increasingly fractured world, what could be more worthwhile than that?”.

Film Education programme opportunities for pre-school and primary to post-primary and third level students; include drama to SFX make-up workshops and from short film critiquing & podcasting to director talks, props and costume workshops and film journalism. BAFTA Kids present a 30 Years of Animation retrospective with presenter Nigel Clarke and Cartoon Network. The BBFC present a fascinating workshop on how movies are classified and the CCEA Moving Image Arts Showcase will celebrate student filmmaking from schools throughout Northern Ireland.

Cinemagic CEO, Joan Burney Keatings MBE said “We are incredibly proud to have reached the milestone of the 30th Anniversary Cinemagic Festival. As a UK and Ireland leader in the field of youth film exhibition and engagement with the screen industry, we aim to present an innovative and rich programme of film opportunities providing a unique window to the world. The Festival events are designed to have a positive impact on those that get involved. With continued support from our funders and partners Cinemagic is able to inspire young audiences from all backgrounds, nurture skills and develop tomorrow’s creative workforce.”

Northern Ireland Screen CEO, Richard Williams says: “Northern Ireland Screen is delighted to see that Cinemagic’s flair and enthusiasm remains as vivid and intense as it did 30 years ago, with yet another superb and eclectic programme of screenings and educational events.  Through our continued core funding, supported by the Department for Communities, Northern Ireland Screen acknowledges Cinemagic as a key component in our efforts to achieve our goal of making a significant contribution to film culture, education and training. We send our sincerest good wishes to Joan and the whole team for another successful festival as they mark their 30th anniversary.”

Belfast Lord Mayor, Councillor John Finucane added “Belfast City Council is very proud to invest in Cinemagic’s excellent work. This organisation provides so many wonderful opportunities for young people to appreciate and experience the film industry – on both sides of the camera – and as Belfast’s reputation continues to grow as a creative industries capital, Cinemagic is set to occupy an even more important space – inspiring our young people and opening up pathways to employment. I wish them every success.”

Over 20 brand new European and world cinema movies for 8-12 yr olds with youth and adventure at the centre and New World Cinema titles for 12+, 15+ and 18+ yr olds focusing on the trials and tribulations of young adulthood from varying cultural and social perspectives.

Movies at the Museum programme and Accessible Screenings:

Autism Friendly THE SECRET LIFE OF PETS, Audio-Transcribed ALADDIN, HOH Subtitled TOY STORY 4. Movies at the Museum programme features Cinemagic’s 30th Birthday Party with music from Tom Sweeney, screenings of A GRAND DAY OUT & A CLOSE SHAVE, PETE’S DRAGON, THE WIND IN THE WILLOWS, GRANDPA’S GREAT ESCAPE, and the annual Pyjama Party with IN THE NIGHT GARDEN.

Relaxed and cosy No Alibis Bookstore book to screen film adaptations introduced by authors and storytellers including THE WATER HORSE, THE SPIDERWICK CHRONCILES, THE PARENT TRAP, BRIDGE TO TERABITHIA.

Writer Hugh O’Conor will introduce animation THE OVERCOAT (27th Oct) and Director Trevor Hardy will host a Q&A at STRIKE (12th Oct), a humorous and heart-warming stop-motion animation from the UK.

Classic Cinema offerings feature LORD OF THE FLIES, KES and WHISTLE DOWN THE WIND.  A 30 year Best of Fest Retrospective is the programmer’s pick of four outstanding world cinema titles celebrating stories, peoples and cultures from around the globe in BOY (New Zealand), KAUWBOY (Netherlands), CHRISTMAS STORY (Finland) and LESSONS OF A DREAM (Germany).

Suzie, Do You Copy

To celebrate Halloween, Cinemagic is delving into the long list of films that inspired the cultural phenomenon that is STRANGER THINGS and screening a double bill of A NIGHTMARE ON ELM STREET and THE FOG on 27th October in The Black Box.

During half-term week (28th Oct-1st Nov) movie fans can enjoy the very best in Irish Family Cinema including A SHINE OF RAINBOWS, MICKYBO & ME, THE BOY FROM MERCURY, THE RUNWAY,INTO THE WEST, WAR OF THE BUTTONS, THE SECRET OF KELLS, GHOSTHUNTERS:ON ICY TRAILS,THE RACE, THE LEGEND OF LONGWOOD.

For further information/booking visit www.cinemagic.org.uk or telephone 028 90 311 900, or head to our box office at www.wegottickets.com/cinemagic.

Plan and Book your short break at discovernorthernireland.com