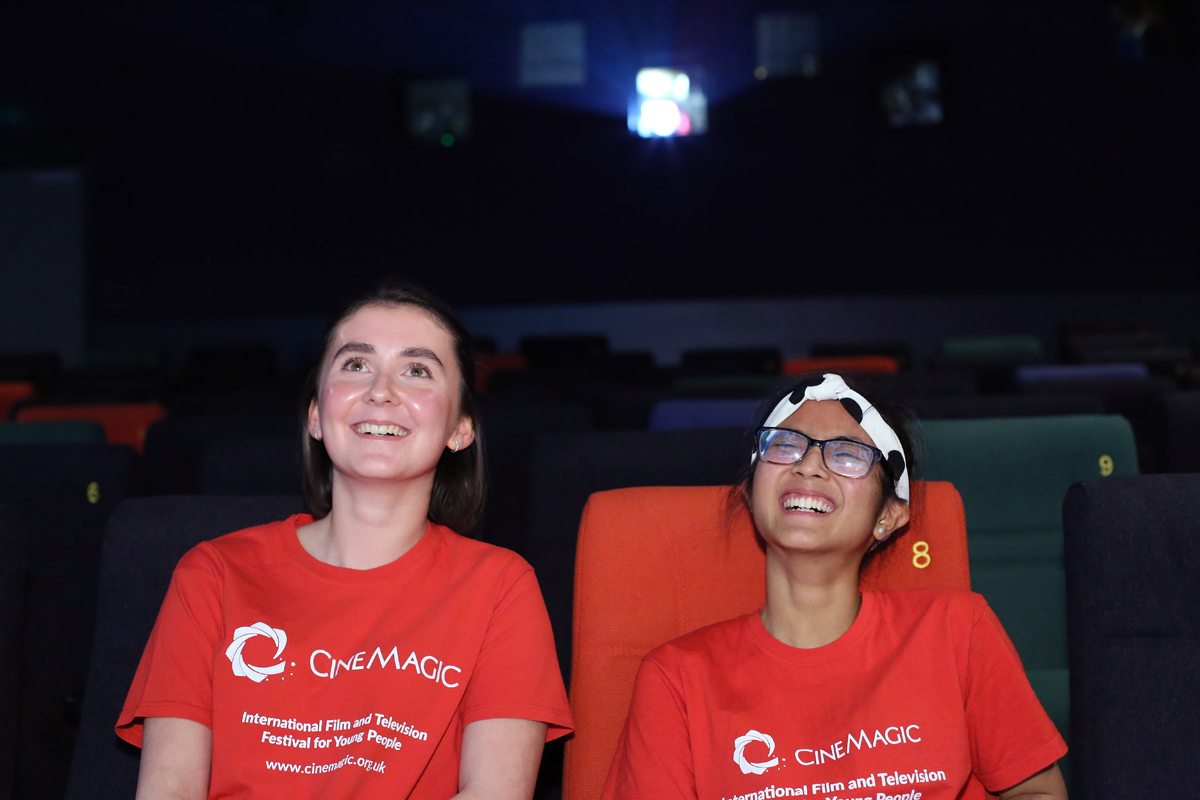 As part of a series of initiatives to mark the 30th Anniversary of Northern Ireland’s award winning Cinemagic International Film and Television Festival for Young People, the Festival has launched a search for past participants of all ages to get in touch and tell their story and memory of Cinemagic.

Have you been involved in a workshop or filmmaking project? Are you a past Cinemagic Young Filmmaker Competition winner? Are you a past Masterclass participant? Have you gone on to work in film or television after your Cinemagic experience? Did your school or youth group participate in one of the Festival programmes? Have you volunteered at Cinemagic? Were you a Cinemagic Jury member or young consultant? If so, Cinemagic wants to hear from you!

Through innovative programmes of exciting masterclasses, workshops, screenings, film education, filmmaking and unique insights to the industry that have led the way in engaging young people with film, the Cinemagic Festival strives to inspire and motivate a new generation of filmmakers and young creatives. The opportunities presented to young people really are making a difference as can be seen by the number of people who have gone on to carve careers in TV and film and the media industry.

The festival has many successful alumni who have gone on to work both behind the camera and on screen. Among the alumni credits include crew on hit shows such as Game of Thrones, Derry Girls, Line of Duty, Krypton, Torvill and Dean; movies such as Solo: A Star Wars Story and one of Ireland’s leading post production facilities, Yellowmoon.

On screen alumni include Bronagh Waugh, (The Fall and Hollyoaks), actress Seana Kerslake, (A Date for Mad Mary, The Hole in the Ground) and Sky Sports presenter Paul Gilmour.

Behind the camera alumni include BAFTA award-winning and Oscar-nominated Director Michael Lennox, most famously known for the worldwide success that is Derry Girls and film, documentary and music Director Sammy Nutt (Trainee Filmmakers, The X Factor, MTV Europe Music Awards).

Cinemagic Chief Executive, Joan Burney Keatings, MBE commented “Cinemagic is passionate about its audience and those we help inspire whether it is through unique film exhibition, filmmaking, film education or as part of our outreach, masterclasses, workshops and Q&A programmes. We want to hear from people of all ages and backgrounds who participated in Cinemagic Belfast, Dublin, London, New York, Boston, Los Angeles and further afield and have a Cinemagic story to tell and who may have gone on to work in film and television. We welcome stories from teachers and educators and past guests and contributors who have all helped shape Cinemagic. Just this year two past Cinemagic Young Filmmaker Competition winners, Directors Ryan and Andrew Tohill, and Lee Cronin celebrated the release of their feature films and kindly acknowledged the support Cinemagic gave by motivating and encouraging them and stories like this make us extremely proud. 2019 is a huge celebratory year for the organisation and we look forward to hearing from alumni and networking with them at our Festival events in the autumn.”

Get in Touch: If you would like to be part of the Cinemagic30 Alumni Story please email laura@cinemagic.org.uk by 16th August with details about your involvement with Cinemagic. If applicable please submit any photos, video content or links to online content.

The Cinemagic Festival is funded by Northern Ireland Screen supported by the Department for Communities, funded by Belfast City Council and supported by Tourism NI.