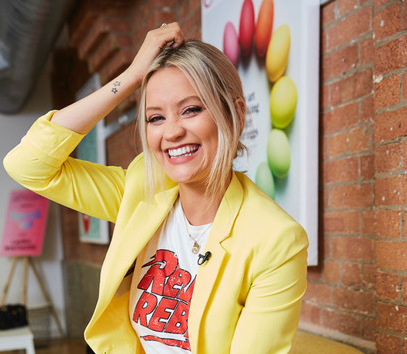 Laura began as a DJ for MTV, reporting from music & film festivals around the world, she’s interviewed some of the biggest names in show business from Coldplay to Justin Timberlake to Justin Bieber. In 2011, she began hosting ITV2’s primetime series I’M A CELEBRITY GET ME OUT OF HERE NOW! In 2012 she fronted the live nightly broadcast THE BEAT during the London Olympics for ITV Studios. Laura has also hosted the Live Red Carpet and Backstage coverage of the BRITS and for BAFTA. Further hosting credits include SURVIVAL OF THE FITTEST, GOOD MORNING BRITIAN and the ITV2 mega-smash hit show LOVE ISLAND. In radio Laura started presenting LAURA WHITMORE’S SUNDAY SESSION in 2018 and the same year her first radio documentary LOSING MY RELIGION aired on BBC Radio 5 Live. Laura supports numerous charities and is a goodwill ambassador for UNICEF.