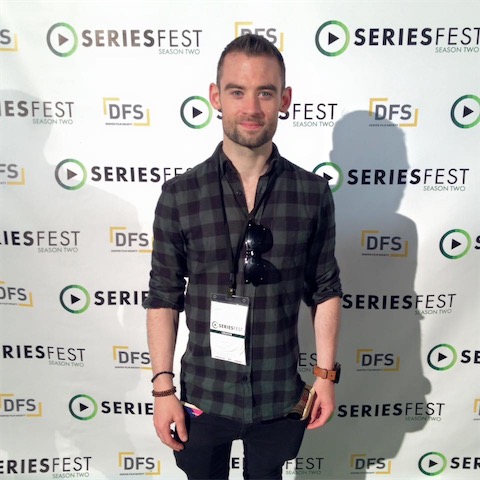 Are you a Key Stage 3 pupil in Northern Ireland and interested in a career as a Film Director? Director Aidan Largey is hosting a FREE workshop to share insight about the role of a director and working in the creative industries. During the workshop Aidan will screen short films, discussing Moving Image as a viable career and illustrate how film is a great way to express ourselves creatively. This will be a great introduction to anyone that is keen to learn more about the industry and the skillset needed.

Aidan Largey is the Writer/Director of numerous award winning short films, with commissioned work for BBC, BBC3 and RTE. He created the crime series FARR for RTE and the Irish Film Board, which debuted to Number 1 twice on the RTE Player with the highest ratings of any Storyland series. It was also critically successful, winning BEST DRAMA from ITVFest and its lead taking two separate BEST ACTOR Awards for his powerful performance. It also was awarded BEST ORIGINAL DRAMA PILOT and BEST DIRECTOR at SERIES FEST this year by a judging panel from SXSW, Lucasfilm and the Lincoln Film Centre in New York and is now in development as a long form series. Following this, Aidan directed the Northern Ireland Screen short ‘Time and Again’, which received a successful festival run to excellent reviews from both Film School Rejects and Cinephilia and Beyond before being distributed via Omeleto. He recently directed episodes of the new series of BBC 3’s THE BREAK and the latest series of RTE’s Storyland and second unit director on BBC NI’S/BRIT BOX’s new drama series HOPE STREET. He is currently directing multiple blocks of the first series of CHANNEL 5 and Milkshake’s new kids’ drama series MIMI’s WORLD and was selected for the prestigious David Puttnam Scholarship. His latest short is an ambitious VFX sci-fi film currently finishing post production and was a co-pro between NI Screen, BFI and Belfast Harbour Studios.

He is currently in development with Causeway Pictures and Northern Ireland Screen on debut feature thriller ‘Monsters’. Aidan is also in development with Causeway Pictures on two American drama series, the pilots of which have featured on THE RED LIST of best unmade Pilots, FINAL DRAFTs BIG BREAK CONTEST and ScreenCraft Screenwriting Fellowships in LA out of over 2,000 other scripts.

To register please complete this Application Form and email it to Laura@cinemagic.org.uk by 15th November.

The workshop is free of charge

Funded by Department for Communities through Northern Ireland Screen